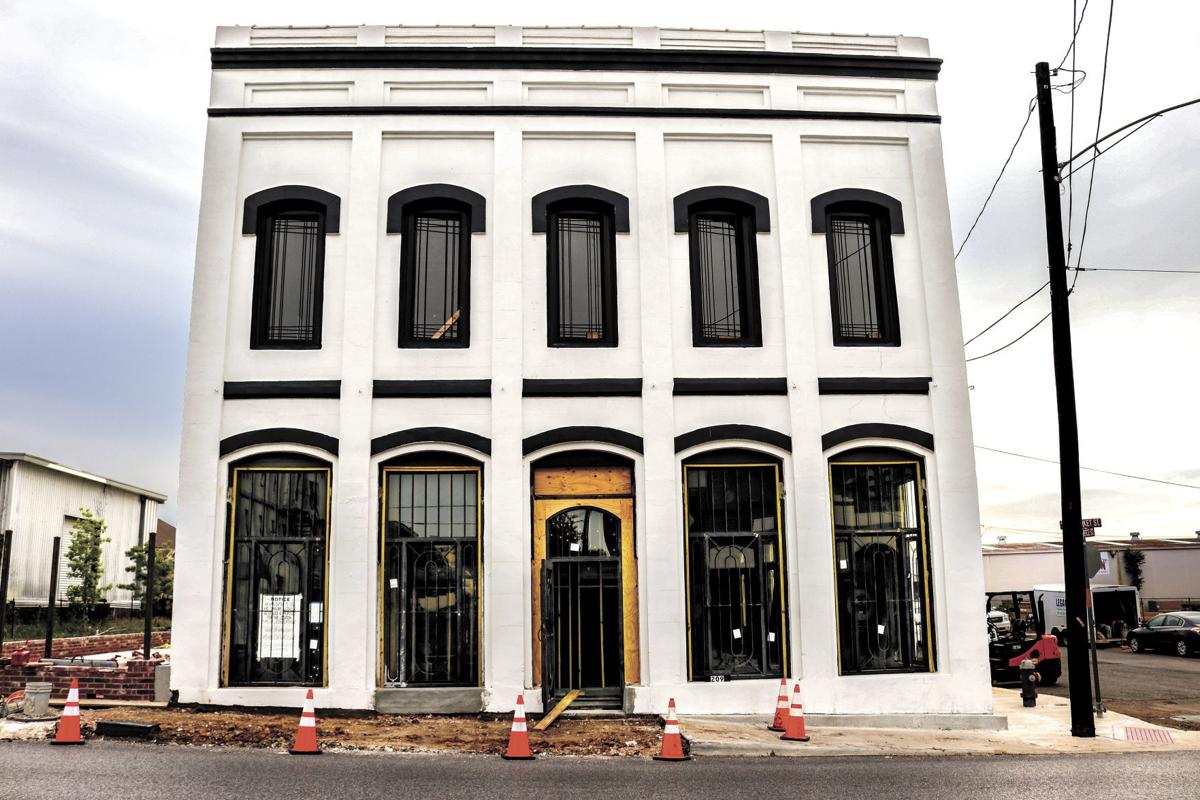 4 Star Concert Hall inhabits the old laundry building on the corner of Market and Commerce and will bring live music to downtown Brenham seven days per week. 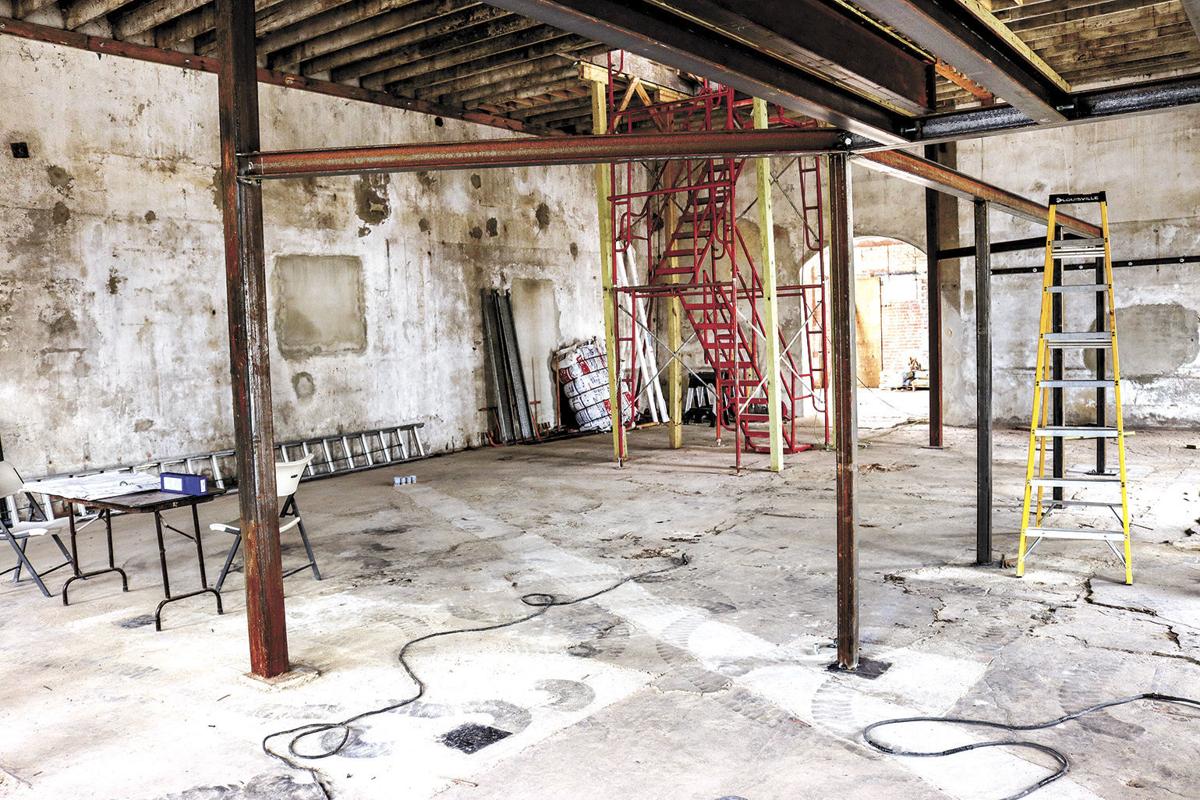 The main stage on the first floor will be to the right of the folding table. The beams are the framework for the mezzanine level. 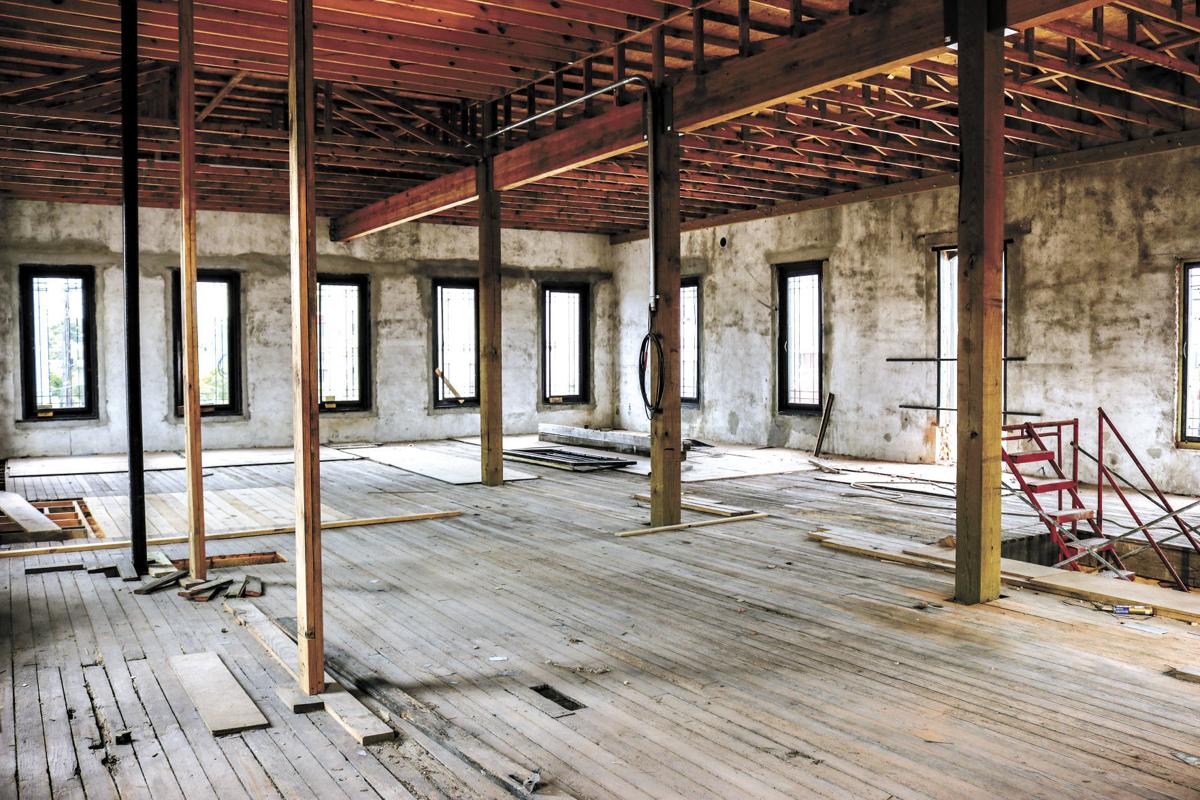 The Skyline Room will be the main feature of the second floor. Its nine windows look out onto downtown. 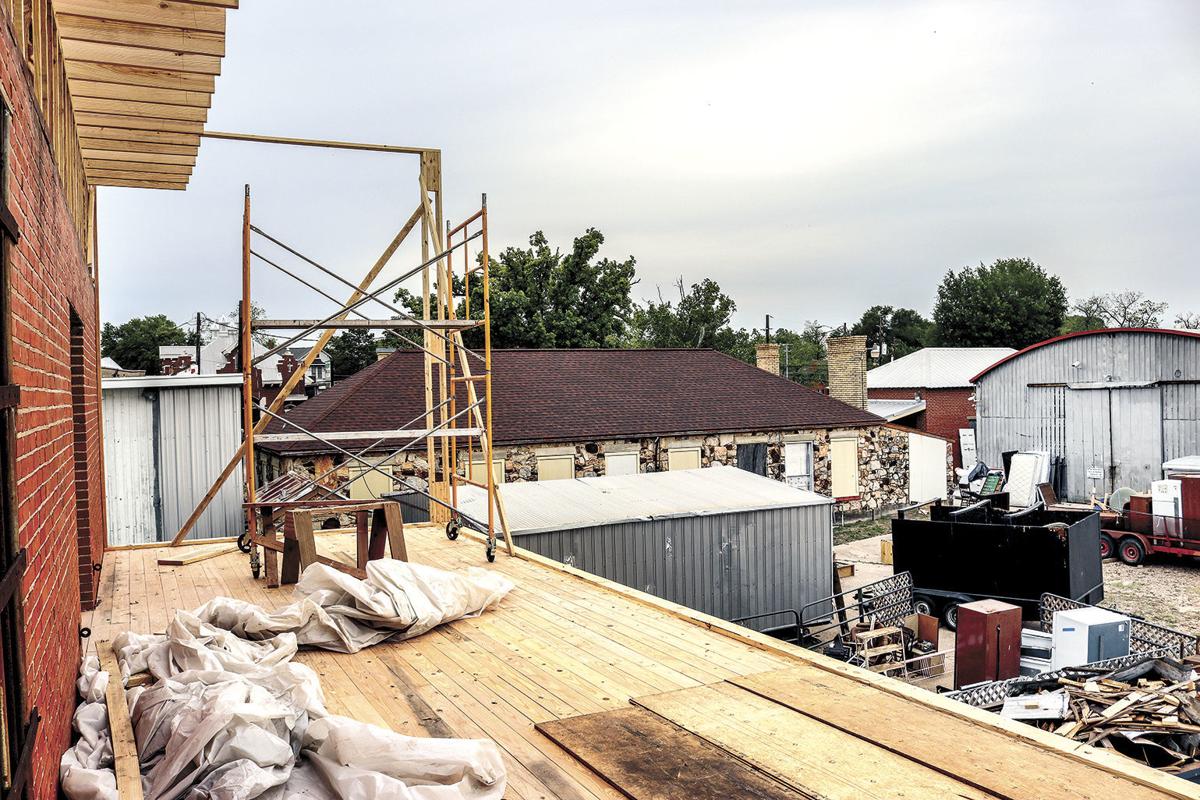 A screened-in porch will sit on the backside of the second floor and look east over town.

The timeline went like this: he sold his farm in Burton on a Friday in October of 2016. Sunday night, he was driving through downtown Brenham when the old laundry building at the T intersection of Market and Commerce caught his eye. A sign on the front said it was slated to be torn down by the city.

Monday morning, he made some calls about the property. On Tuesday, he bought it. By Tuesday evening, he was sitting in the vacant structure playing his guitar and daydreaming about the music venue that would inhabit the space one day.

“As soon as I walked in the door, I knew this needed to be a concert hall,” Elford said.

Elford sits at a small folding table on the edge of what will eventually be the main stage. Blueprints cover the table. Building materials of every kind litter the ground. Iron beams stand at regular intervals that will be the framework for the mezzanine level.

When complete, the concert hall should be unlike anything around. It will be an intimate setting for premium music shows. The capacity will be 240 people, with the choicest seats dead center in the mezzanine.

But those who can’t get tickets, or live too far away to make the trip, will still be able to experience the show through a system called Live Content Broadcasting. The concert hall is already lined with high-speed fiber optic cable that will allow the venue to stream the show to paying customers on the internet.

“We have 1,000 megabites per second (speed), which is basically twice your normal television show,” Elford said. “So we have some good clarity and good definition.”

Elford points to three places on the beams where cameras will be mounted and paces off a square on the second floor where the broadcast control room will be stationed. The second floor will also house two more unique features: an event space called the Skyline Room with nine windows that look out onto downtown and a screened-in porch on the back of the building that looks east over the town.

The porch, and all the rooms at the rear of the building, will have a brand new roof in the near future. The classic old roof that formerly covered the rooms was donated to Habitat For Horses last week and will soon be atop a barn for animals in need.

The concert hall will encompass two buildings when the project is complete. The metal structure next to 4 Star is part of the deal, as well. It will have another live music stage and a bar, bringing the total number of stages on the two properties to five.

“The highlight for me will be bringing some great entertainers to Brenham,” Elford said. “And the fact that I’ve got the ability to do some broadcasting of that event, everybody can participate.”

Live music will happen seven days per week on the outdoor patio dubbed the Sidebar, which will also have TVs for sporting events. Elford said the musical scales will tip slightly toward the country and Americana genres, but with so many stages at his disposal, he plans to bring in a good mix of sounds.

Inquiries about which high-profile musicians might be on the roster for the main stage after the venue opens in the early summer still bring a sly smile and a polite denial, but Elford plans to go after Texas favorites and national names that are familiar to music lovers everywhere.

And he hopes it will also be a home for local artists. After he sold his farm in Burton, he wanted to stay local. He had no interest in departing Washington County.

“I love this area,” he said. “That’s my big motivation for being in this area. When I sold that farm, I didn’t want to leave.”