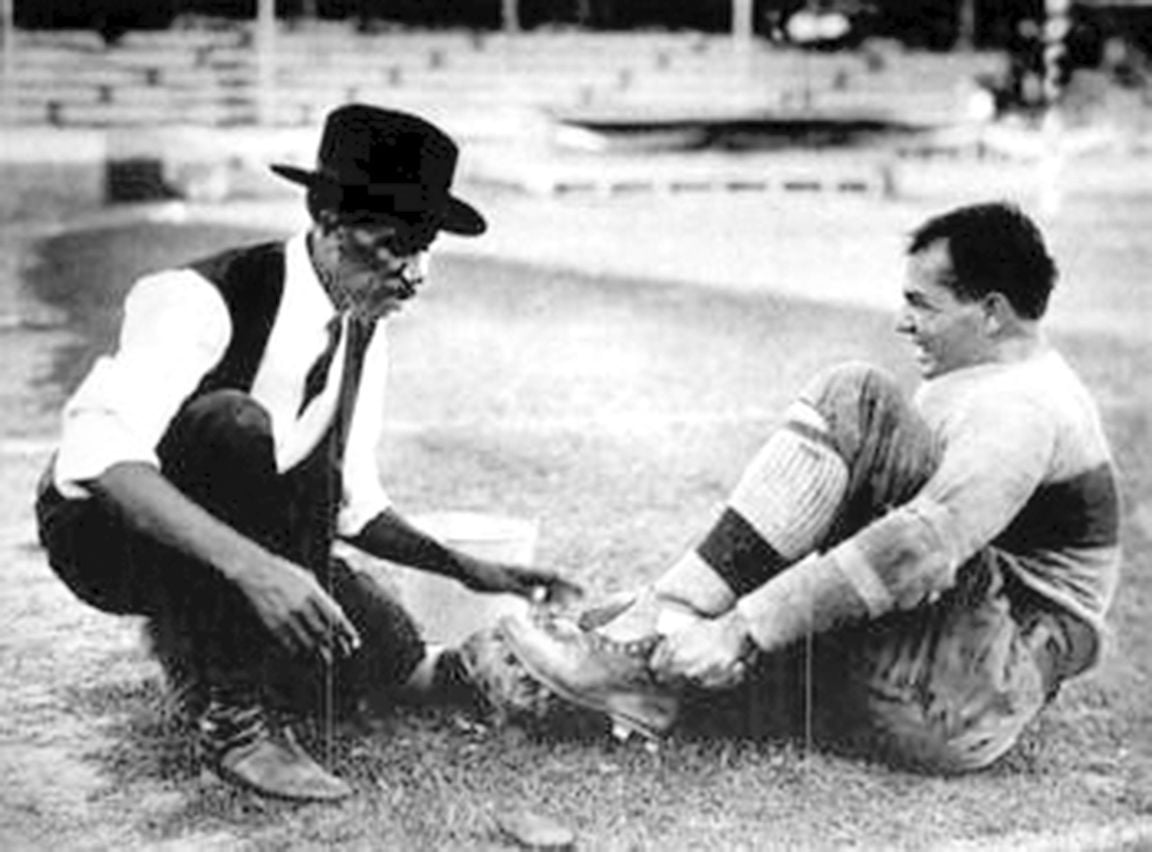 Henry “Doc” Reeves tends to an injury Longhorn player (with his pail of water in the background) in the early days of Texas football. 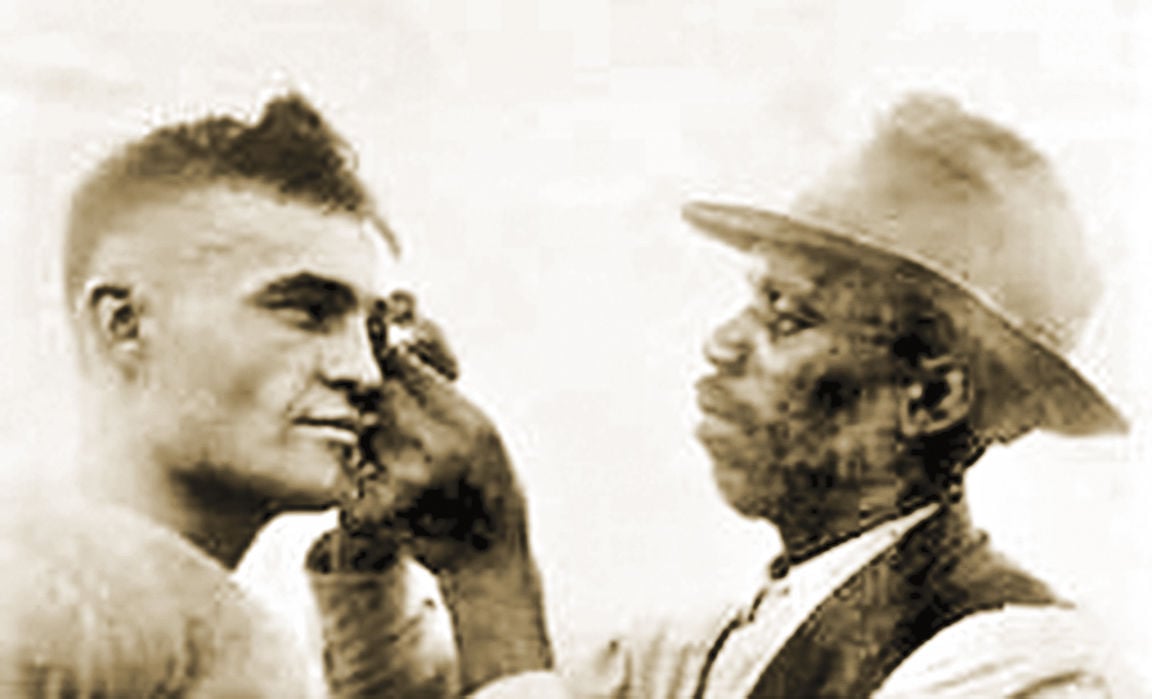 “Doc” Reeves works on a cut over the eye of an early Texas Longhorn player.

Henry “Doc” Reeves tends to an injury Longhorn player (with his pail of water in the background) in the early days of Texas football.

“Doc” Reeves works on a cut over the eye of an early Texas Longhorn player.

“The news of his death will be heard with a sense of personal loss by every alumnus and former student of the University of Texas,” wrote the Houston Post about the passing of Henry Reeves.

There are no buildings named after him; no colleges or fields or lounges. There are no streets in Austin that honor him, no tarnished gold plaques on benches or above doorways that bear his name.

Henry Reeves was a janitor, and he was also the son of freed slaves.

He began working for the university in 1894. He loved football and soon became the first athletic trainer at UT. He made such an impact on generations of Longhorns that the Post wrote a special tribute to him when he died in 1916.

“In the hearts of Longhorn athletes and sympathizers, Doctor Henry can never be forgotten. A picture that will never fade is that of his long, ungainly figure flying across the football field with his coattails flapping in the breeze. In one hand he holds the precious pail of water, and in the other the little black valise whose contents have served as first aid to the injured, to many a stricken athlete, laid out on the field of play.”

Reeves was born in Tennessee in 1871 or 1872. One account believes he was the third of five children born to former slaves Benjamin and Sarah Reeves on April 12, 1871 in West Harper. Little is known of his early life, but sometime before 1894, the family moved to Austin where Benjamin found work as a mail carrier.

As UT grew in the 1880s, the students’ interest in athletics rose. They clamored for a gymnasium to be built on campus. After years of haggling, negotiating and fundraising, the gym was finally constructed in the north wing of the Old Main building in 1896.

Henry, now approximately 25 years old, was hired to be its custodian. It was there that he began to interact with a relatively new class of student-athlete called “football players.”

Within a few short years, he became the water boy, equipment manager and assistant to the coaches. As he built trust with the players, he carved out a new role for himself: team doctor, such as it was.

He had no medical training, but he did what he could. He helped ailing players off the field, wrapped sprained ankles, bandaged cuts and generally attended to the myriad of sufferings encountered by the participants of the punishing sport.

Reeves became known as simply “Doc” and he was an invaluable member of the team.

And, to be expected, he faced his share of hardship. On several train trips out of town for road games, he was forbidden from riding in the same car as the team.

But the students and coaches would not allow the discrimination. They protested his treatment and he was allowed to ride with the squad. Later in his career, an administrator tried to dismiss him from the university. Again, the students protested and Reeves stayed at his post.

The campus publication, The Longhorn, called him in 1914: “… the most famous character connected with football at University of Texas. He likes the game of football, and loves the boys that play it.”

At least 10 coaches came and went during Doc’s tenure, but he remained. His final game with the Varsity was the annual clash with Texas A&M, Nov. 19, 1915.

On the train to College Station, he began to feel numbness in his body. By halftime, he was nearly immobilized from a stroke. He lived for two months after the attack and during that time, the student body of UT took up a collection to pay his medical bills.

He passed away Feb. 19, 1916. He was 44 or 45 years old. The athletics council voted to grant his widow a small pension to honor his service to the school.

Sometime in the early years of the UT football program, the Texas yearbook the Cactus listed the best Longhorn teams of all time. One was coached by Dave Alleridice (1911-1915), arguably the most successful coach before the legendary Dana X. Bible.

The other team was simply called, “Henry’s team.”