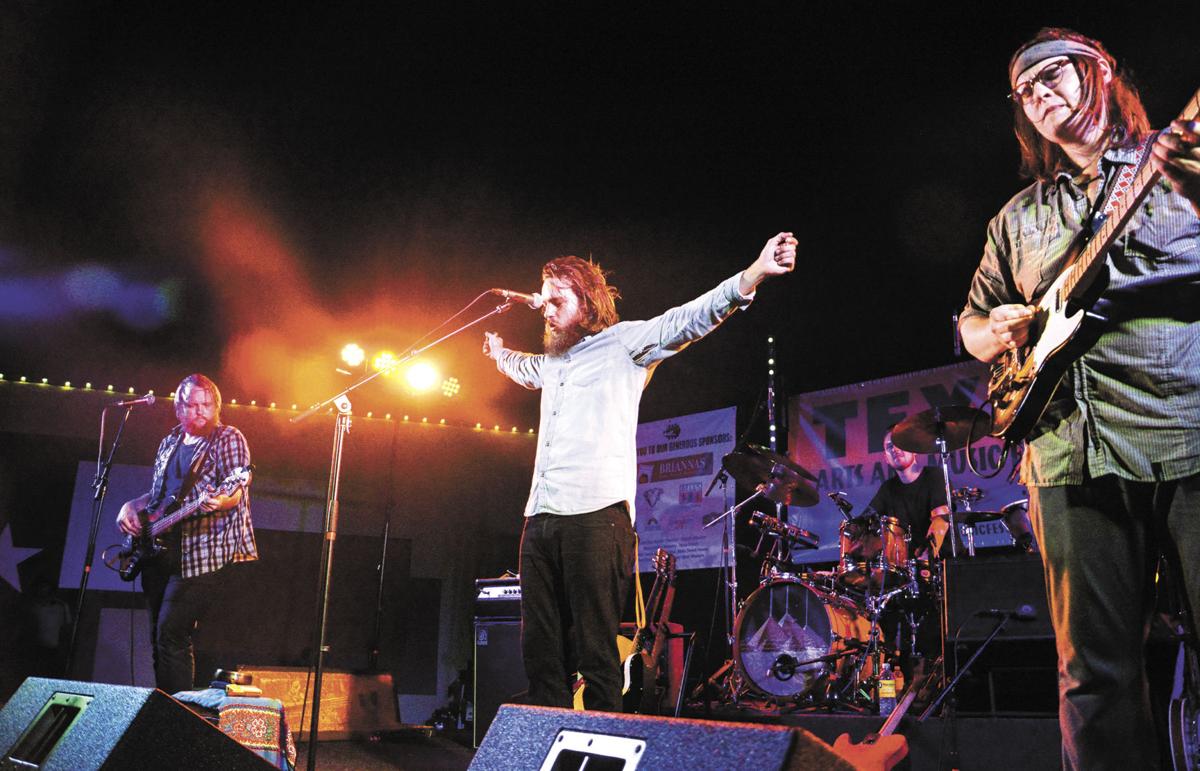 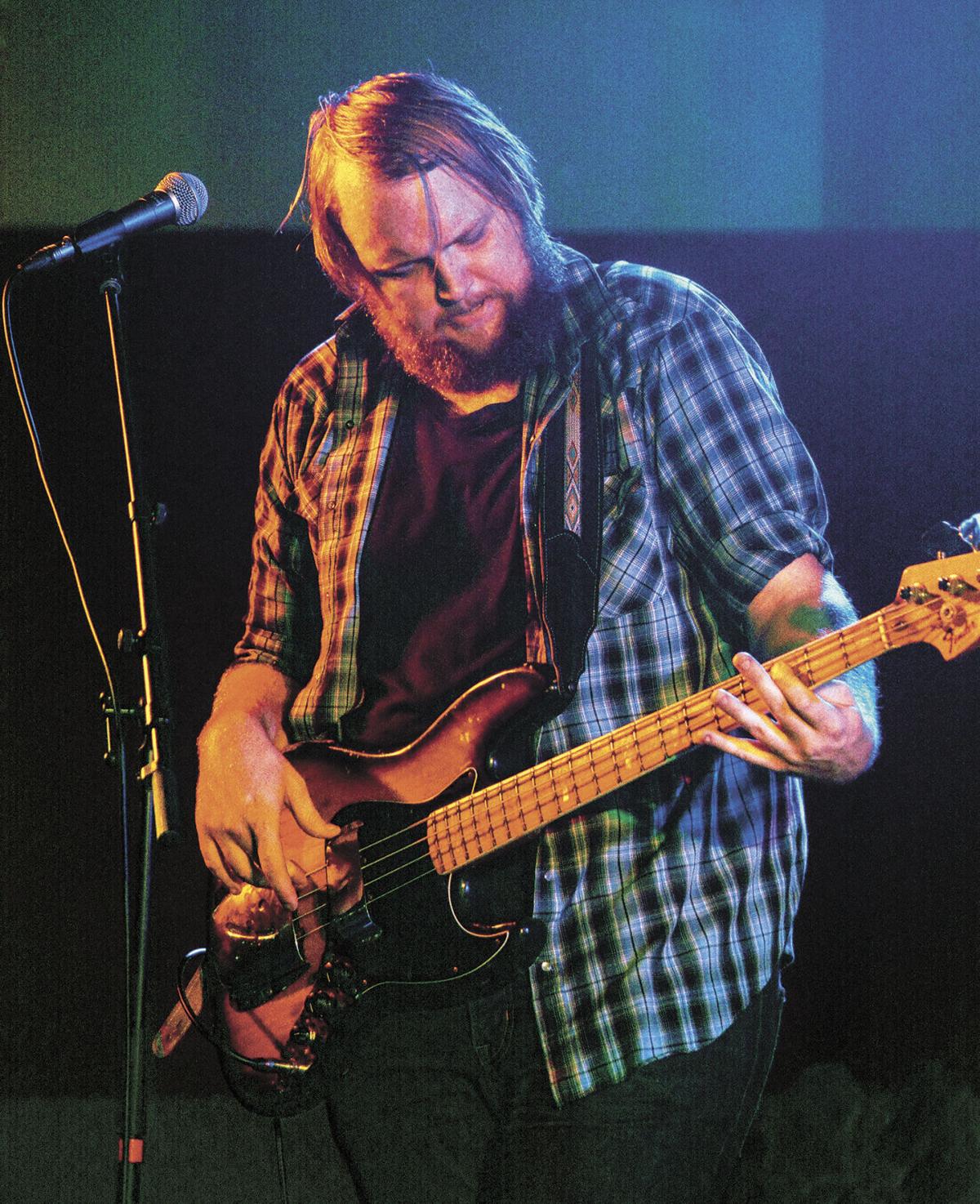 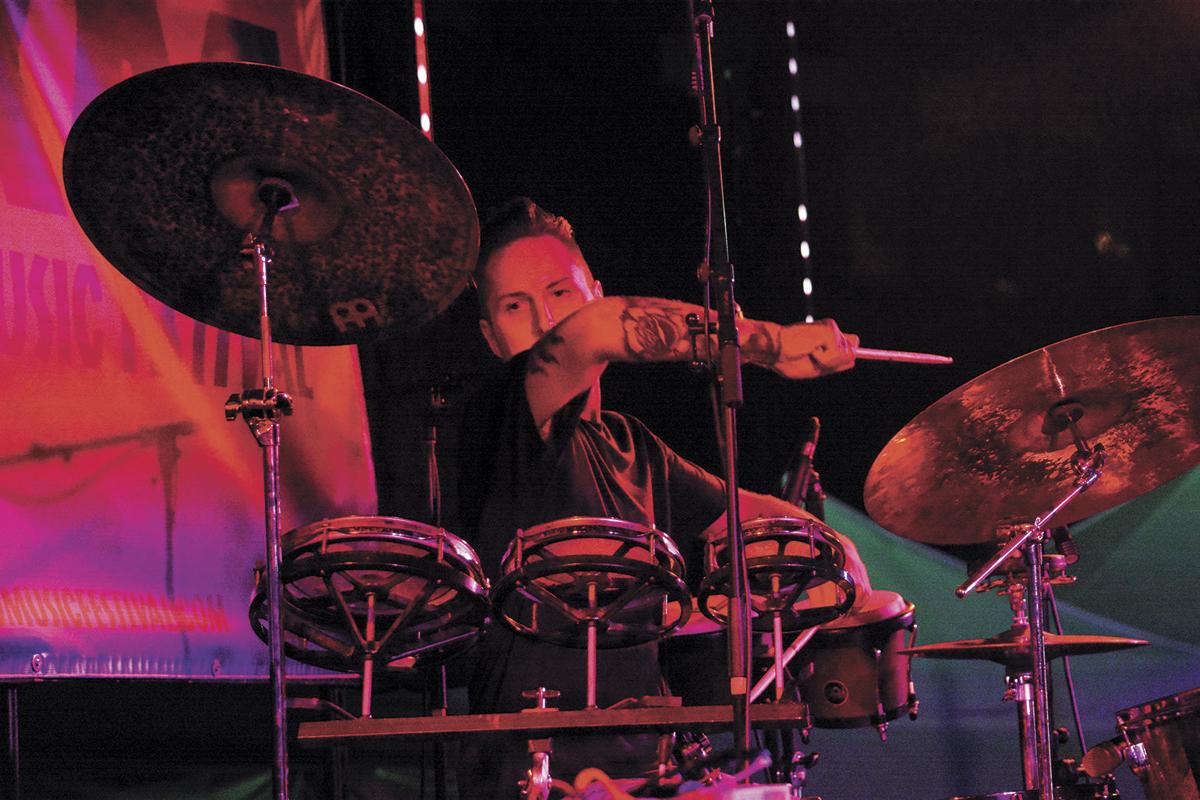 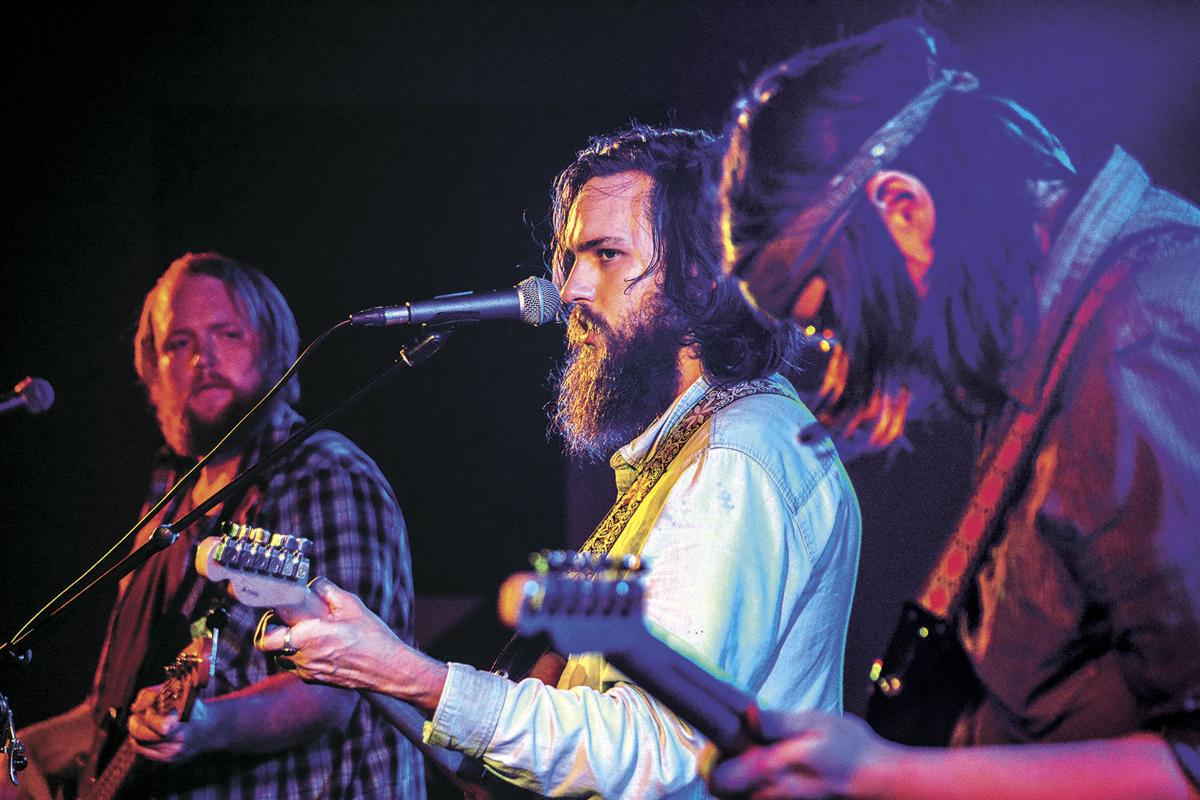 Mason Lankford had barely settled into his room at the Flora and Fauna Hotel in Wimberley when lead guitarist Caleb Pace rushed in.

Lankford was understandably confused. He had just opened his journal to write about the hotel, which had provided the white bathrobe he was wearing, and the upcoming recording session at Blue Rock Studios. Now Pace was standing in the doorway with an outrageous proposition.

“Yeah?” Lankford answered suspiciously. “Do I have to anything I don’t want to do?”

“You just gotta play some songs for this lady by the pool,” Pace said.

Lankford was incredulous, but he grabbed his guitar and followed Pace to the pool in the courtyard.

“So my journal literally says right there, ‘Hold on a minute,’” Lankford laughed.

There was, in fact, a woman sitting by the pool who had offered the sum for an impromptu live show. Lankford’s brothers, Barrett and Lincoln, were already there.

The quartet, who make up the Magnolia-based band Folk Family Revival, jumped into the action. They were all wearing white bathrobes. They played four or five songs and at the end of the performance, the mystery woman stayed true to her word. She cut them a check for $2,000 right on the spot.

“It paid for all the time at Blue Rock that was going to cost us $2,000 to record,” Lankford said with a smile and shrug of the shoulders, clearly still awed that it had actually happened.

The next day, they walked into Blue Rock Studios to record some their 2015 album, “Water Walker.” The record was the follow-up to their 2011 debut “Unfolding” and earned the group nationwide recognition.

Mason, Barrett and Lincoln Lankford were born in Oklahoma, but moved to Magnolia when they were kids. They met Caleb Pace and the foursome quickly began playing music together.

“He was the only guy we knew with an electric guitar,” Barrett joked.

The early incarnations of the band were less than desirable, let’s say.

“It was horrible music,” Mason said.

“We told people we were trying to scare the devil, that was our goal,” Mason laughed.

Their days as a Christian metal band were thankfully brief.

They began to evolve and somewhere around 2008 they started recording their first album. It was a multi-year process, but a core group of talented and generous musicians at Red Tree Studio in Magnolia guided them through the process.

It was a literal learning experience. They were still raw and had recently adjusted their alignment. Barrett switched from rhythm guitar to bass guitar and the whole group was mastering their instruments, the music and the recording experience on the fly.

Jeffery Armstreet and Kent Coley steered the production. Coley assisted Barrett on the bass. Scott Davis, who was playing with Hays Carll at the time and is now with Band of Heathens, worked with Caleb on the guitar parts. Brian Davis instructed Lincoln on the drums.

After the crash-course recording of their first album, they went back on the road and developed new songs. Their second album, “Water Walker,” took nearly as long to record, but for different reasons.

They knew their parts and they were much more focused, but they kept rearranging and enhancing the songs when they played them live between recording sessions. When they got back to the studio, they’d scrap the old session and begin again.

“We started over four times, I think,” Mason said.

The result was worth the work. The album received good reviews and the guys started booking dates all over the south. They were constantly writing new material and by the time they were scheduled to play at the Sawtooth Valley Gathering, a music festival in Idaho, this past July, they were ready to hunker down and get serious.

They rented a cabin near Redfish Lake at the base of the Sawtooth Mountains. It’s hard to find a more picturesque location for anything, let alone songwriting. Over the course of a week, they hammered out the rough versions of the 12 tracks that will make up their latest release.

Folk Family Revival is a throwback to the old way that bands were formed: four kids from the…

The untitled album is scheduled for early 2018 and was recorded at another picturesque location: a ranch in the Dripping Springs area. The spread is home to John Evans’ Austin Signal studio.

The whole process has been a dream for the fellas of Folk Family Revival. It began in a cabin in Idaho, continued at a house on the Southern Star brewery property in Conroe and ended on a ranch in the Hill Country west of Austin.

If the result continues their ascension from the early days of angsty teen metal 10 years ago, the forthcoming record should launch them to new heights. Not bad for three brothers and their buddy from Magnolia. 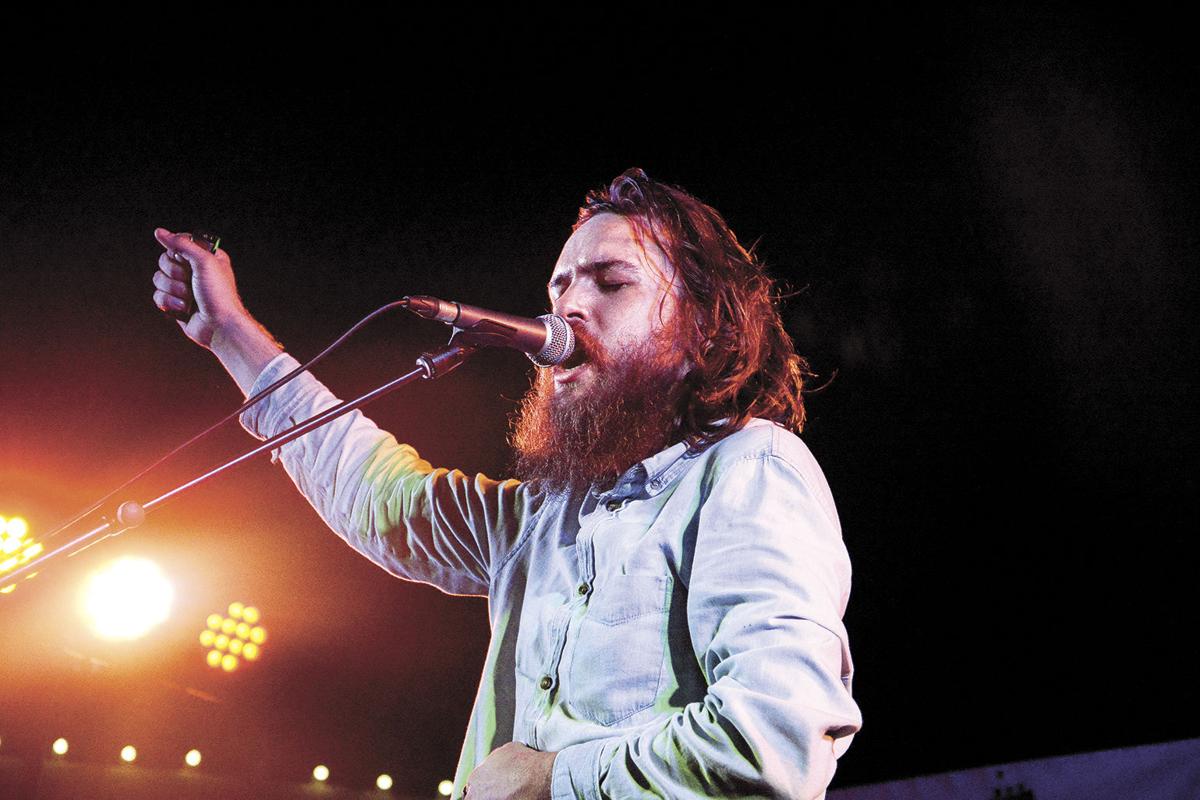 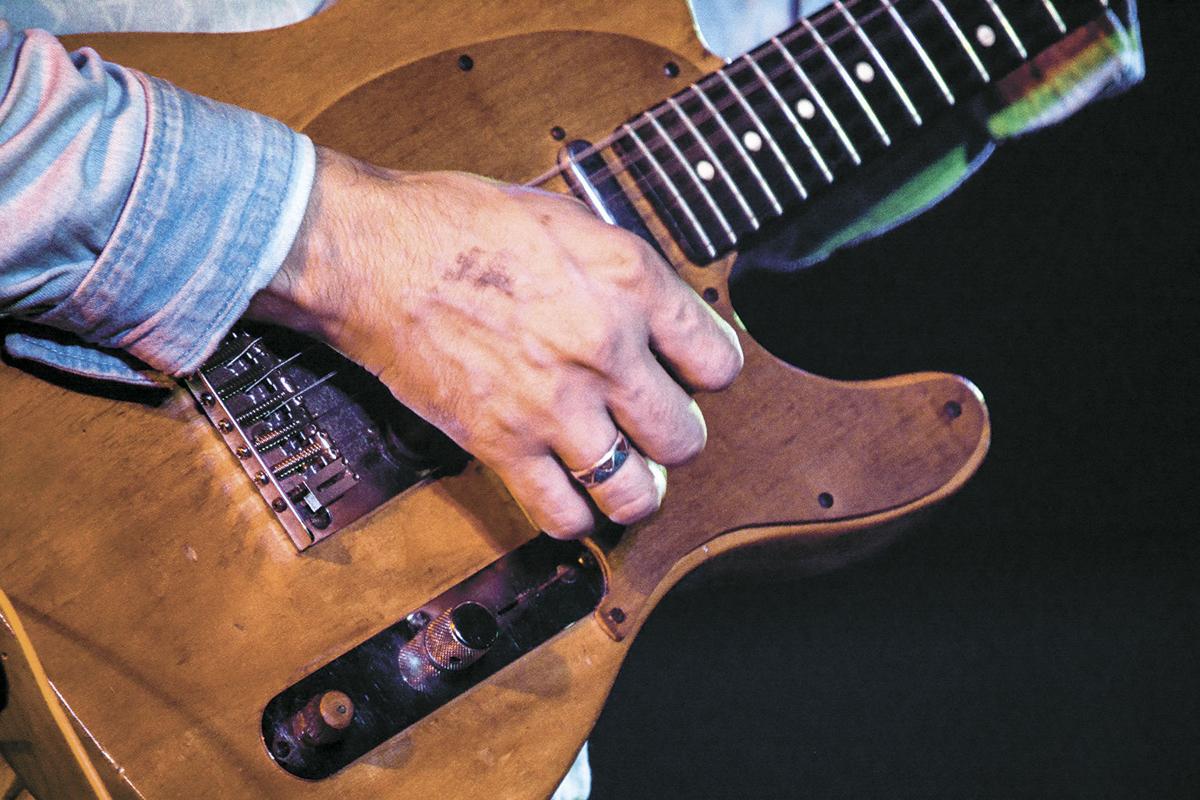 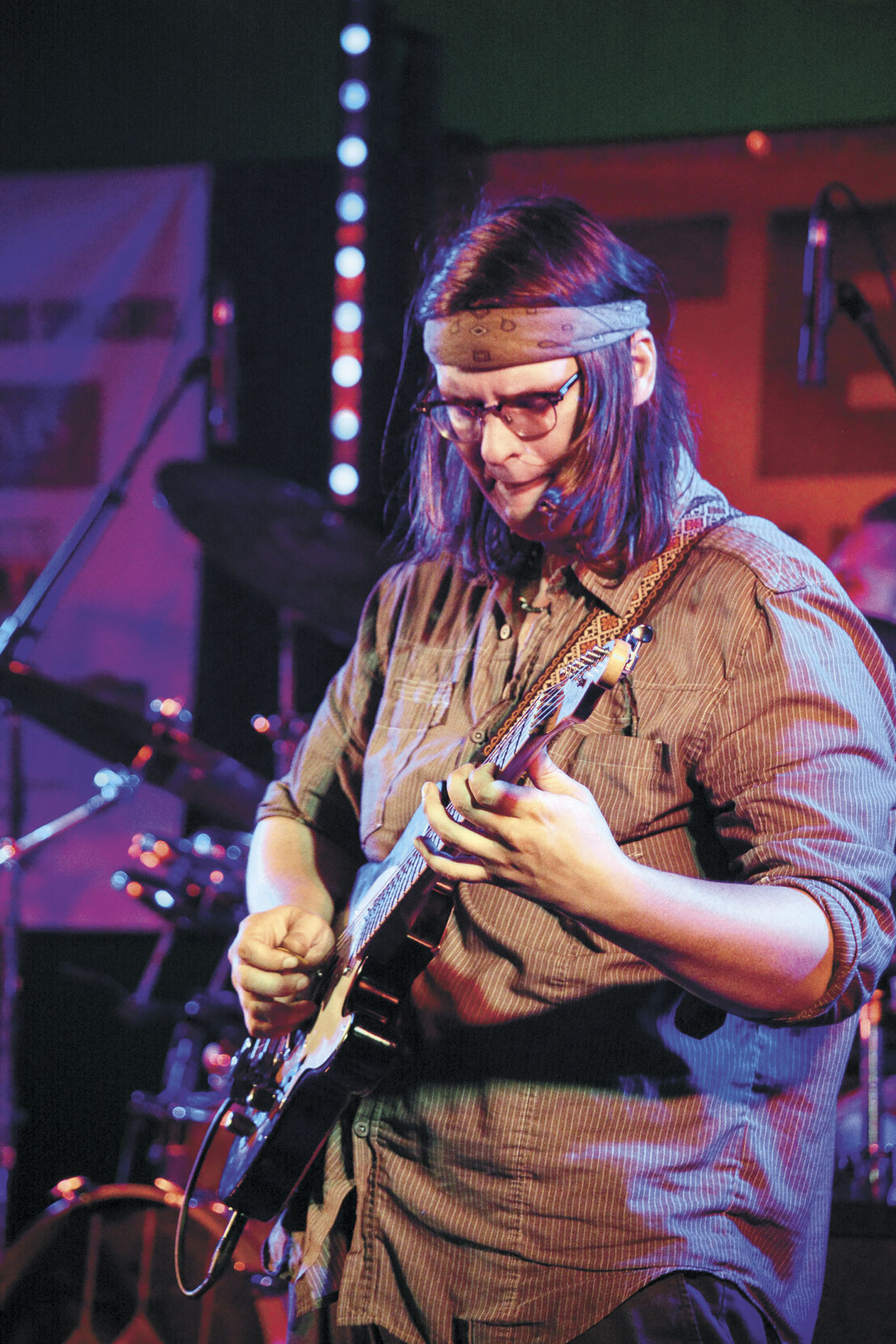