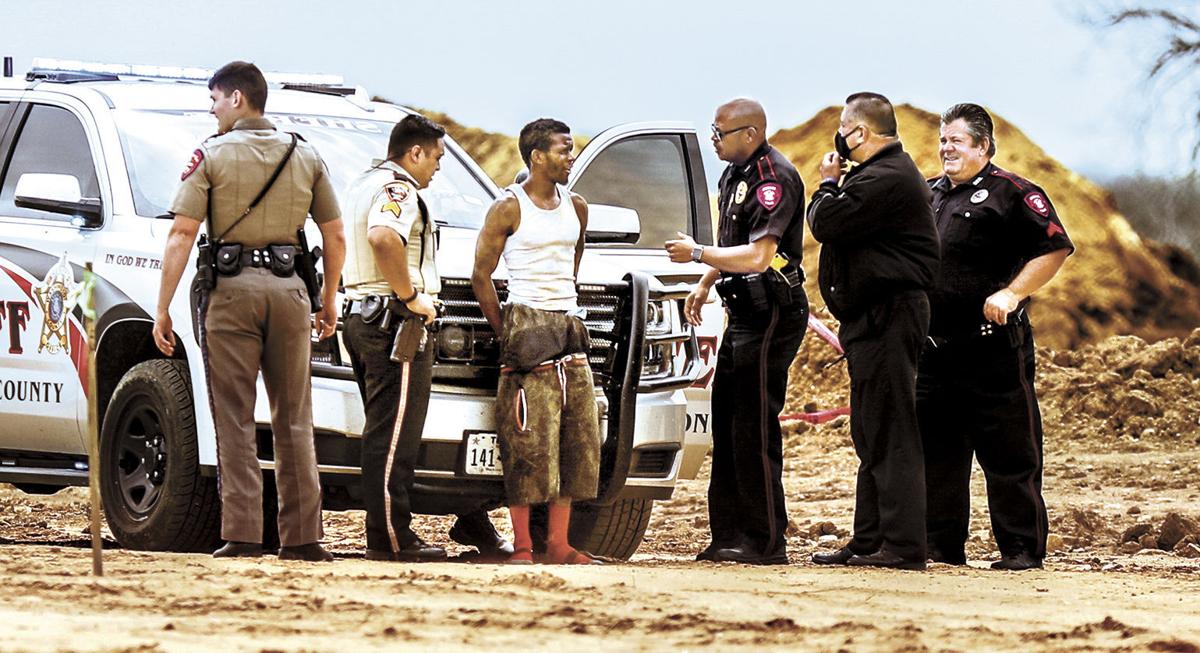 Officers with the Washington County Sheriff’s Office and the Brenham Police Department speak with Gregory Allen Offing Jr., center, after apprehending him near a construction area in the 1100 block of U.S. 290 East following a vehicular chase and an on-foot pursuit Tuesday morning in Brenham. 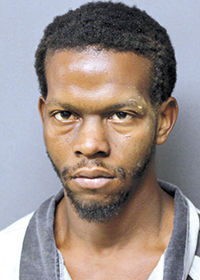 A high-speed chase ended in the arrest of a Somerville man Tuesday morning in Brenham.

According to a news release issued by the Washington County Sheriff’s Office, at 11:44 a.m. on Tuesday, Sergeant Mark Morales with the WCSO attempted to stop a vehicle being, resulting in a pursuit inside city limits. According to Sheriff Otto Hanak, Morales had observed a 2004 Honda Civic traveling eastbound in the 2900 block of U.S. 290 West with an expired registration. Morales activated his emergency equipment, however, the driver, later identified as Gregory Allen Offing Jr., 24, of Somerville, continued driving, running through several red lights and stop signs. During the pursuit, the vehicle became disabled due to a tire falling off. Offing Jr. fled on foot and was eventually apprehended by DPS Trooper Matthew Groman near a construction area in the 1100 block of U.S. 290 East.